My experience at the event:

I vaguely remember doing the Soweto Marathon in 2010, 9 years ago, and having a bad experience (due to the lack of water towards the end). At the time I was much younger, lighter and with less injuries than I carry now. In 2010 my time was just under 4 hours, something that these days I would love, but at the time it disappointed me. 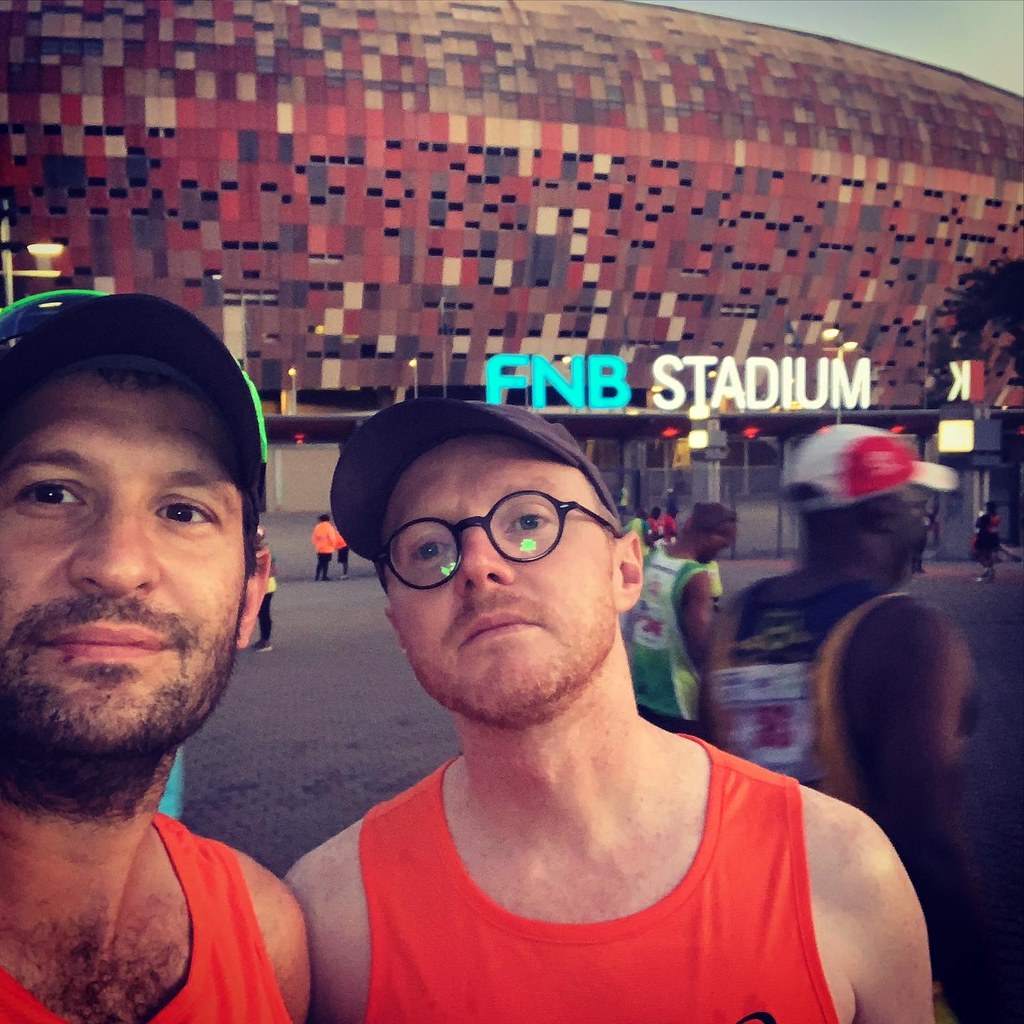 9 years later, with one 3 year old beautiful child and another one coming out soon, here I was, at the starting line, convinced by my brother in law that the Soweto Marathon would be a good qualifier for Comrades. Skip few hours later, and both of us deeply regretted the marathon.

Let's face it, nobody does Soweto to get a good qualifying time for Comrades. The race is quite slow for the first few kms (in 2010 there were half of the competitors than we have now), and with a delayed start the sun starts hitting you hard quite soon. Also, after a relatively easy first 15km, the rest of the race is mostly hills, on badly damaged roads, with zero support (the Soweto inhabitants don't really care about the race), and with an annoying stream of cars (and taxis...) trying to squeeze into the running lanes. A lot of times I had to stop to navigate through cars blocked in traffic trying to take shortcuts through the empty running route....

In other marathons you can at least enjoy the scenery, but in Soweto you end up running through rubbish and highly polluted rivers, and when you approach the historical areas (like Vilakazi Street), you can't even see anything because the traffic is literally out of control. 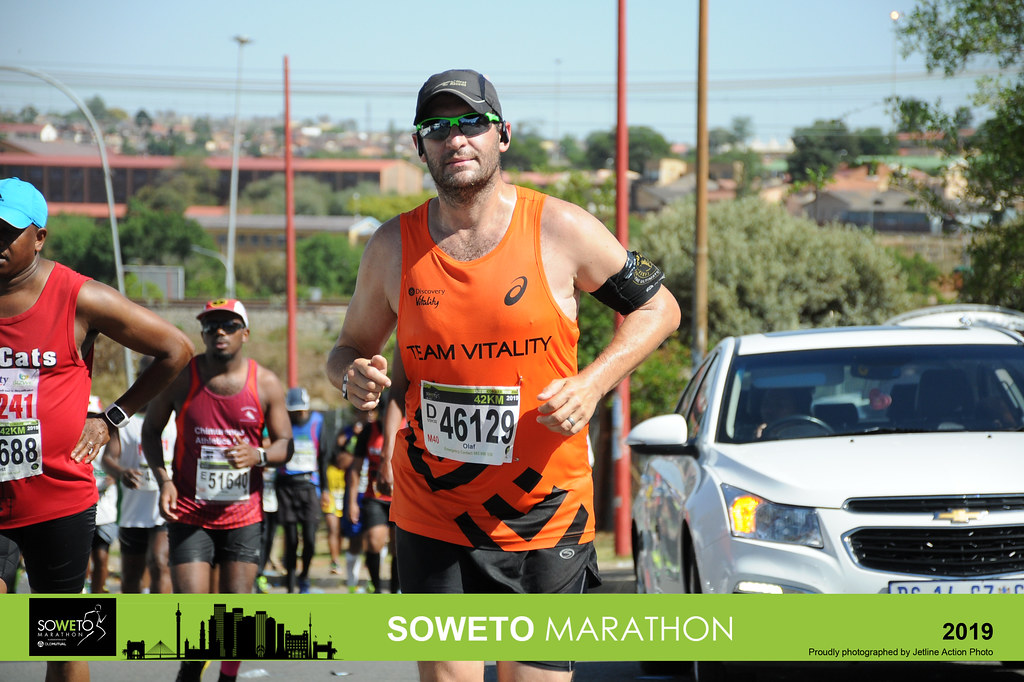 Also the only available drinks are coke and water, and often water is difficult to get hold , since in the heat everyone takes 3/4 sachet, and pouring cold coke over you is never a great feeling...

The only saving grace is the arrival at the FNB stadium , where the 2010 world cup final took part. But after more than 4 hours of running (4.14 basically was my third slowest time at a marathon...) the energies to celebrate were gone. 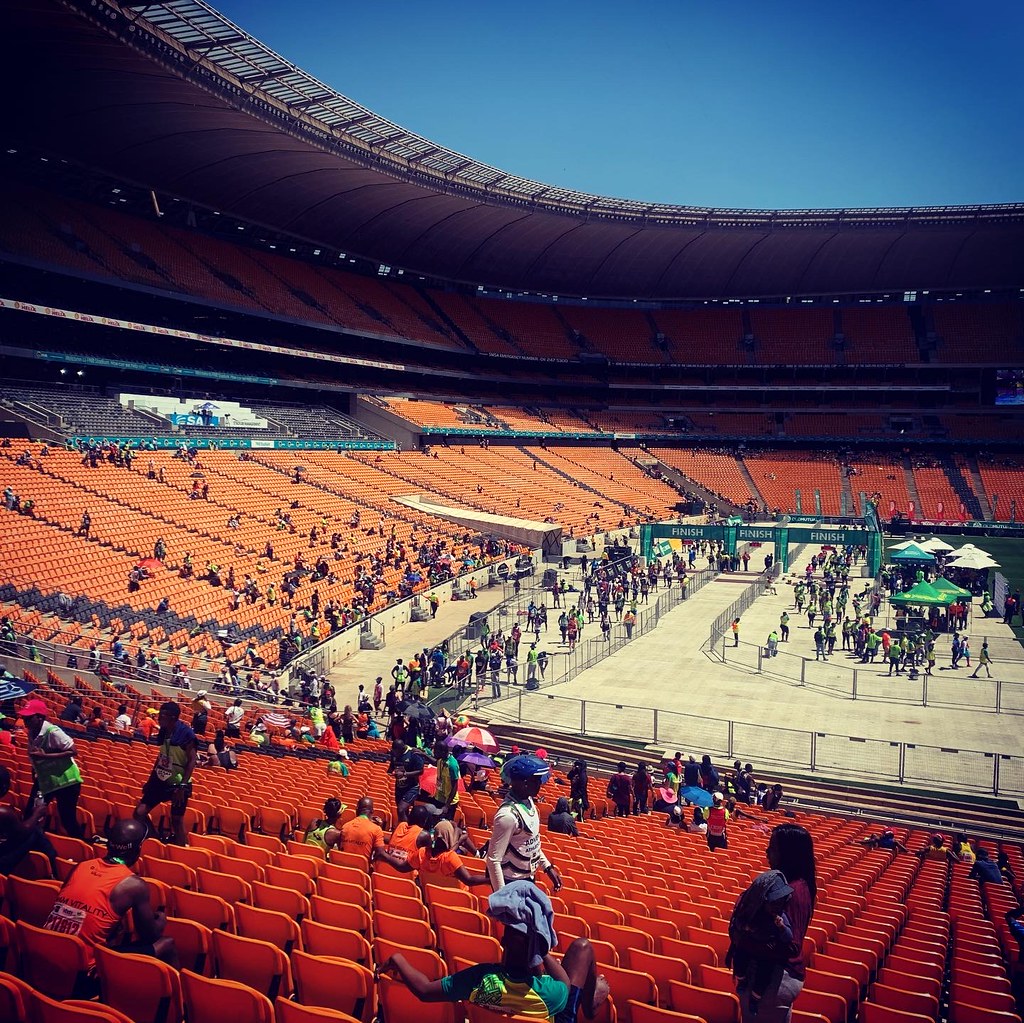 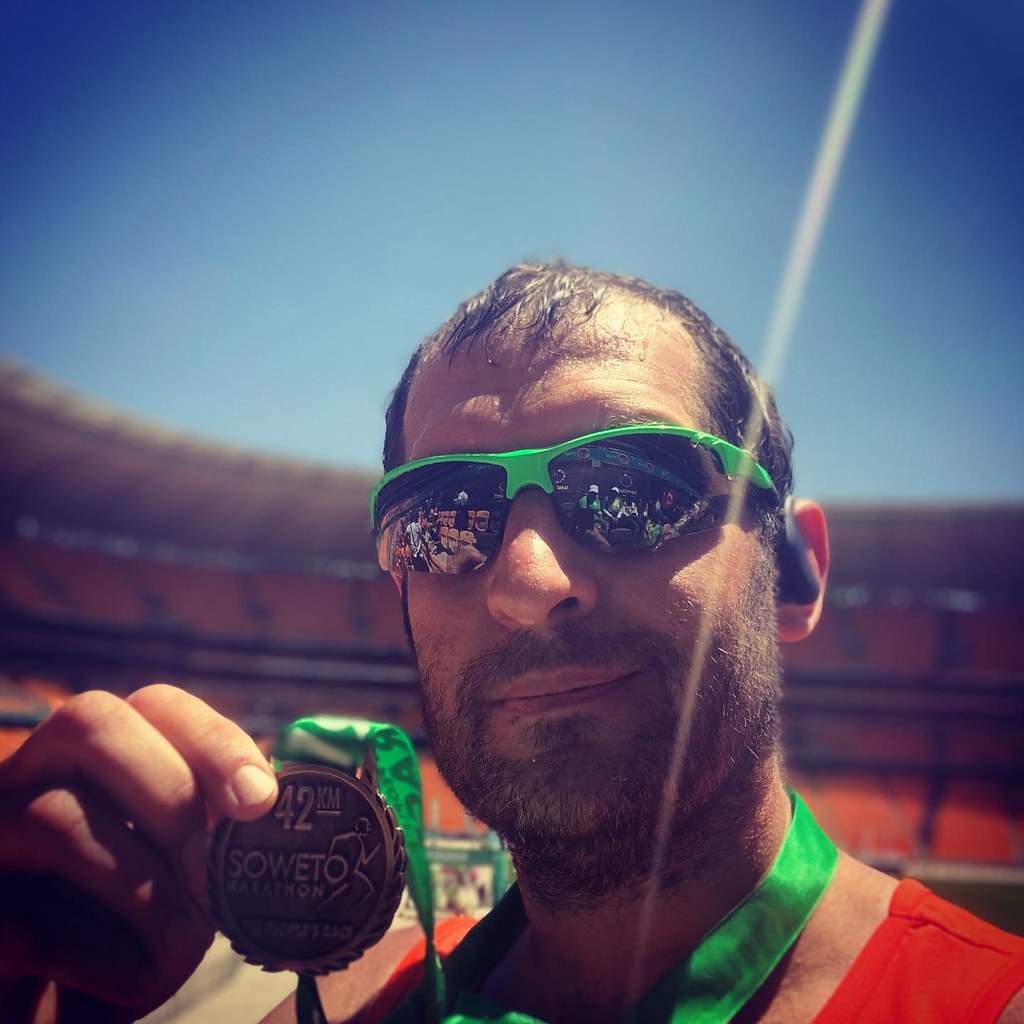 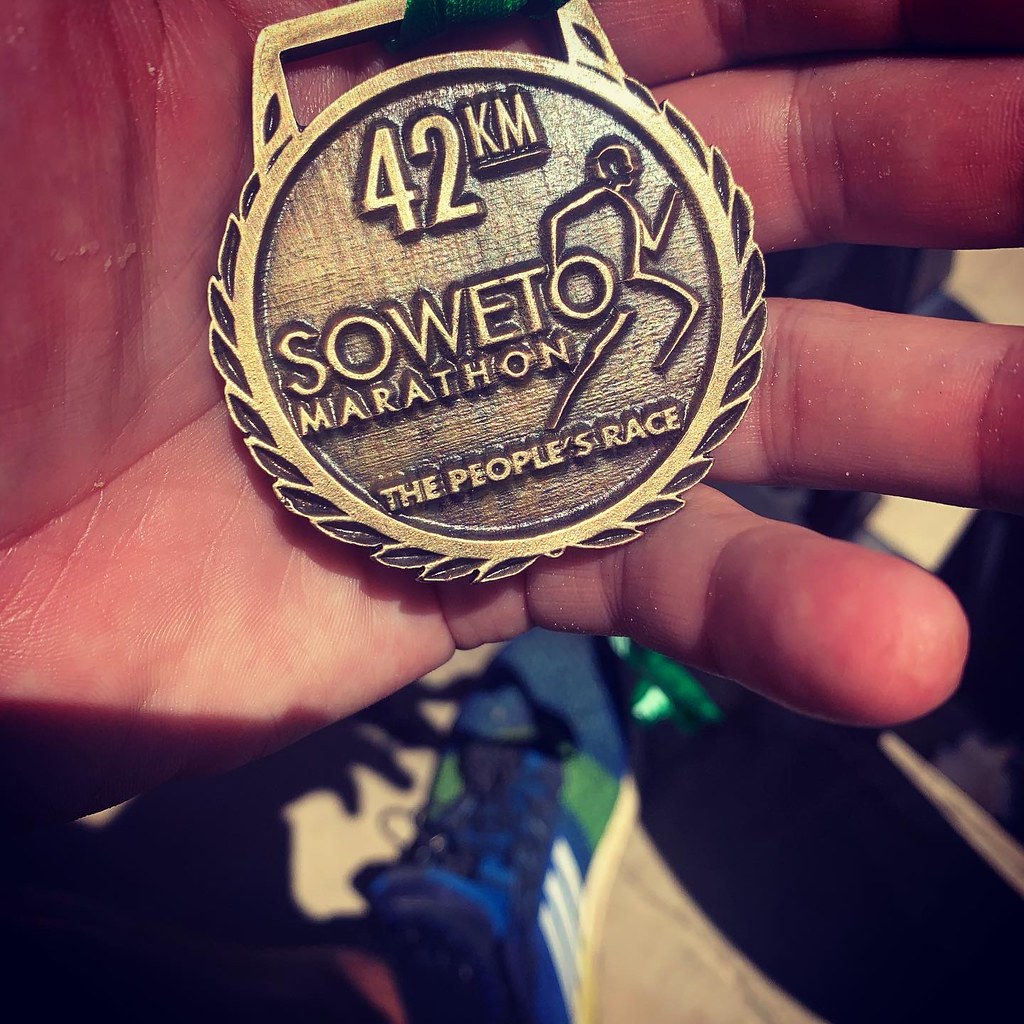 And if I had a terrible race at least I managed to get my minimum qualifying time for Comrades (under 3.49 to 4.19). My poor brother in law instead finished well behind with his worse time ever, due to a combination of struggling under the sun and being sick the week leading to the race.... 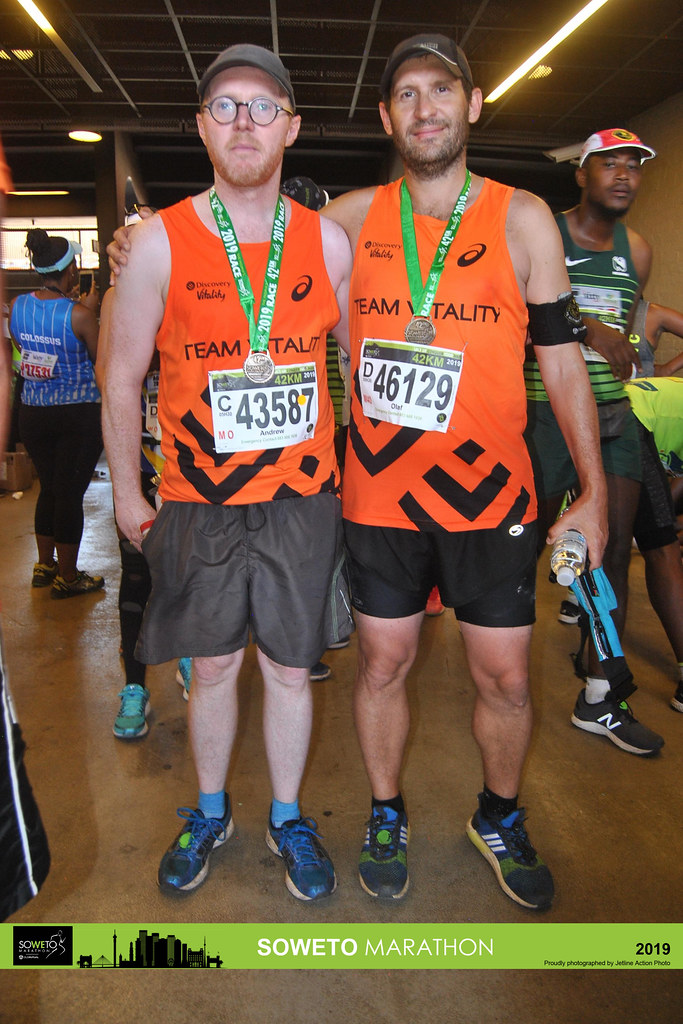